The Etnosoi! seminar at Oodi Library focuses on female musicians, transcultural cooperation and crossing borders. The seminar consists of two segments with a break in between. Between spoken presentations, we’ll hear live and recorded music.

The first segment focuses on accordionist Viola Turpeinen, who became hugely popular in North America in the early twentieth century. Music history researcher Saijaleena Rantanen presents the topic in a lecture entitled "Up, Women!” – Working-class women of Finnish background and music in early- twentieth -century North America. Riitta Kossi and Päivi Takala will present material that they have collected over several years for a documentary film on Turpeinen.

The second part of the seminar focuses on an international project called "World Wide Women – Female Musicians Crossing Borders and Building the Future", which will be presented for the first time by its working group. Presenting the project at the seminar will be postdoctoral researcher Elina Seye, musicology doctoral researcher Ying-Hsien Chen, flutist and singer Jenni Hanikka, kantele player and singer-songwriter Marjo Smolander, researcher and musician Siboné Oroza, artist Antti Nordin and researcher Nina Öhman.

The seminar’s final schedule will be published in October. The event is free and open to anyone interested. The event will be held in Finnish, with the exception of Chen's Japanese kantele presentation, which will be in English.

Saijaleena Rantanen: “Up, Women!” – Working-class women of Finnish background and music in early- twentieth -century North America (30 min)
Women were active among Finnish migrants in the labour movement that began in North America in the early twentieth century. They formed their own clubs and were involved in cultural activities. In addition, working women wrote songs – and were the subjects of songs. Saijaleena Rantanen, a researcher in the history of music, a founding member of the research association Suoni ry and a lecturer at the Sibelius Academy of the University of the Arts Helsinki, examines these songs, which provide an exceptional opportunity to look at the activities of immigrant women at the grassroots level and delve deeper into their experiences in their new homeland.

Päivi Takala & Riitta Kossi: Viola Turpeinen (45min)
Musician Riitta Kossi and musician-documentary filmmaker Päivi Takala have been collecting material for a documentary on Viola Turpeinen for several years. In the seminar, they will present Turpeinen’s life and work through images, words and music. Kossi presents Turpeinen from an accordionist’s point of view, including live musical demonstrations, while Takala looks at Turpeinen’s life story from the standpoint of a documentary filmmaker. Turpeinen’s story can be told from many starting points. One can look at her as a young novice female musician, a great accordionist or through the Finnish-American community. What was it like to be a young female musician in the early-twentieth-century United States? How did Turpeinen serve as an interpreter of the feelings of her Finnish-American community?

WWW is a project that combines science and art, exploring and supporting women's empowerment in their own communities and in globally networked music, with a particular focus on cross-border collaboration and musical phenomena that cross cultural boundaries. The leader of the working group, postdoctoral researcher Elina Seye, talks about the project, its starting points and future plans, after which the members of the working group each present their own projects.

Elina Seye: The World Wide Women project: Starting points and plans
Elina Seye is an ethnomusicologist, music and dance researcher who currently works as a postdoctoral researcher in musicology at the University of Helsinki. She is the director of the WWW project and is involved as a researcher in the All Female Orchestra project, which included in the project.

Ying-Hsien Chen: Japanese kantele
Ying-Hsien Chen, a Taiwanese doctoral student in musicology at the University of Helsinki, is researching the adoption of the kantele in Japan for her dissertation. Her presentation deals with why the Japanese are interested in the kantele and how Japanese musicians are reinterpreting Finnish kantele music. The presentation is in English.

Jenni Hanikka – Cross-border cooperation in Mali
Flutist and singer Jenni Hanikka talks about her years of collaboration with Malian musicians, how she came up with the idea for the Danish-Finnish-Malian group A Fo!, and how its collaboration has taken shape.

Siboné Oroza & Antti Nordin: Documentary film on Bolivia’s cholita performers
Researcher-musician Siboné Oroza (a postgraduate student at the University of Helsinki) and visual artist Antti Nordin present their documentary about Bolivia’s cholita performers. The film originated in Oroza’s dissertation research, which deals with the ways in which indigenous cholitas utilize music and dance as sources of empowerment.

Nina Öhman: What unites women musicians around the world? (Commentary)
Finally, postdoctoral researcher Nina Finally, Öhman (University of Helsinki) offers a commentary on female musicians’ status and agency, based on the preceding presentations and her own research. This commentary will also serve as an opening for discussion and an invitation to the audience to reflect on what unifies female musicians around the world. 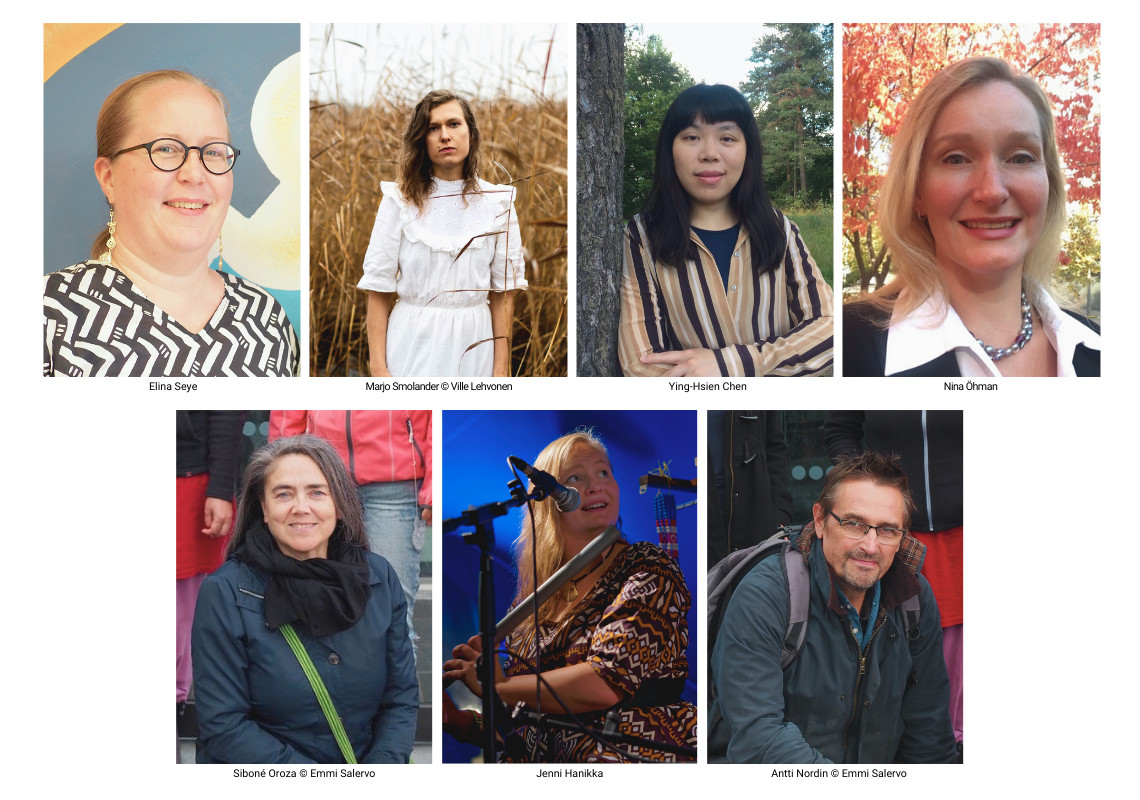